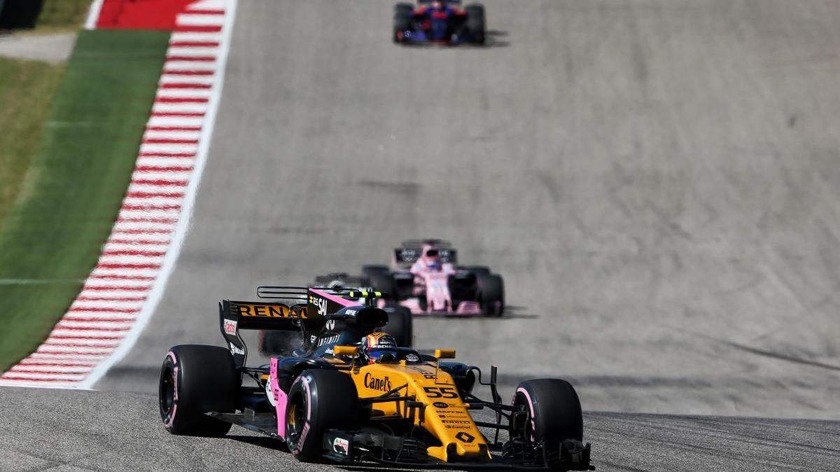 Carlos finished seventh and was pushing hard to equal the team’s season-best finishing position of sixth. Nico Hülkenberg wasn’t so fortunate despite making a strong start as he was forced to retire when his car experienced an oil pressure drop early in the race.

Nico Hülkenberg, #27, R.S.17-04: Started P19, DNF. “It’s too bad things happened the way they did, I really enjoy it here but unfortunately my record hasn’t been great. We had a problem with the oil pressure, it dropped so that forced us to retire and stop the race. Sometimes it just goes against you and that’s the way it is. We’ll turn it around next week in Mexico.”

Carlos Sainz, #55, R.S.17-03: Started P7, finished P7. “It was a great debut for me with Renault and I really enjoyed myself out there. Right from the beginning, every lap I was feeling more confident with the car, so I was able to push harder. I was able to attack the Force Indias, which have been out of reach for the team for the past few races, so to overtake one and attack another was a great result. Everything has gone very smoothly the whole weekend; I knew I could be quick and I had confidence in myself. The whole team has really helped me out and that was key to adapt quickly. To have such a good qualifying and race makes me really happy and I have great thanks for every single member of the team.”

Cyril Abiteboul, Managing Director “It was a mixed weekend for the team. On one hand, Carlos made a fanfare debut with an error-free weekend. He arrived extremely motivated and well prepared in a team that was equally ready. We’ve done a remarkable job together since the announcement of his arrival at the Japanese Grand Prix. He drove an aggressive but intelligent race. Despite losing a few positions at the start, he was able to bounce back with brilliant driving skills. On the other hand, reliability cost us dearly again with the penalties and retirement of Nico’s car due to an engine issue that is still under investigation. At first glance, his engine isn’t damaged. Nico would have been able to get the car into the points. We apologize to Nico, who is just as frustrated as we are. This weekend demonstrates we have everything we need to fight for points and to climb back in the Constructors’ Championship”

Mehr in dieser Kategorie: « Renault renews its partnership with the FIAC Revenues up 15.9 % in third quarter 2017 »
Nach oben