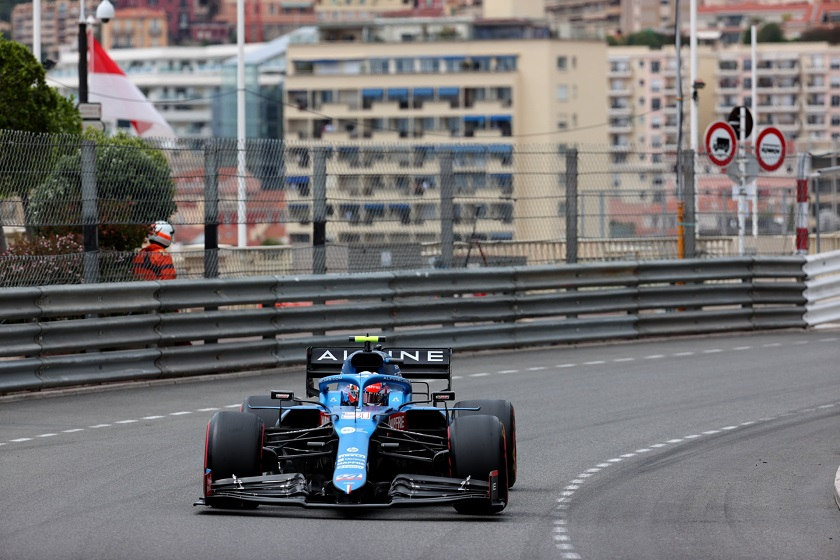 Alpine F1 Team will line up with Esteban Ocon eleventh and Fernando Alonso seventeenth on the grid for tomorrow’s 78th Monaco Grand Prix after a closely contested qualifying around the streets of the Principality.

In arguably one of the most demanding qualifying sessions of the season, Esteban narrowly missed out on the top ten shootout by 0.077secs with Fernando bowing out in Q1.

Esteban and Fernando started Q1 on Soft tyres and on their initial push laps found themselves around the cut-off of the top fifteen positions, separated by just 0.008secs.

As the track evolved with each passing lap, Esteban improved his lap time and managed to place his A521 firmly into Q2 on a 1min 11.740secs, proving good enough for tenth position.

Fernando also improved on his last run with a 1min 12.205secs, but it was not enough to progress to Q2.

Aiming to make his fourth Q3 appearance in a row, Esteban’s initial timed lap in Q2 saw him place just outside of the top ten positions on a 1min 12.313secs before improving by three tenths on his second run using the same set of tyres.

Refuelled and fitted with fresh Softs, Esteban embarked on his final runs of the session in twelfth. He improved on his initial run by another two tenths to move up to eleventh. Despite finding more lap time with a 1min 11.486secs, the Frenchman remained eleventh and fell just short of the top ten positions by 0.077secs.

Esteban Ocon, #31, A521-05, Q: P11, 1:11.486, FP3: P20, 1:13.614
“It was very close today and starting in eleventh place is not too bad. With what we had; it was probably the best we could do. I was happy with my lap and driving in qualifying around Monaco is always enjoyable. We’ve not been as fast as we have been at the last couple of races, but we have things to analyse, which will definitely help us in the future. We’re in a good starting position tomorrow – it’s not perfect – but we do have a free choice on tyres. We’re a place away from scoring points and we’ll be ready to attack in the race.”

Fernando Alonso, #14, A521-06, Q: P17, 1:12.205, FP3: P15, 1:13.329
“It was a tricky session today and it’s always a little bit messy in qualifying here as you’re trying to find clear space. I don’t think that was the cause for being eliminated in Q1 as we just couldn’t find the performance the whole weekend and we were expecting more from our package. It’s going to be very difficult starting near the back here in Monaco, but anything can happen in this race.”
Davide Brivio, Racing Director: “It has been a tough weekend so far as we tried to find more performance from the car. I think Esteban did a great job today and was very close to making it into Q3, missing out by a very small margin. It was unfortunate for Fernando not to make Q2. We have made improvements since Thursday – that’s for sure – but we are in a difficult position as it’s so hard to overtake here. Anything can happen in Monaco, though, so we remain positive for the race tomorrow.”