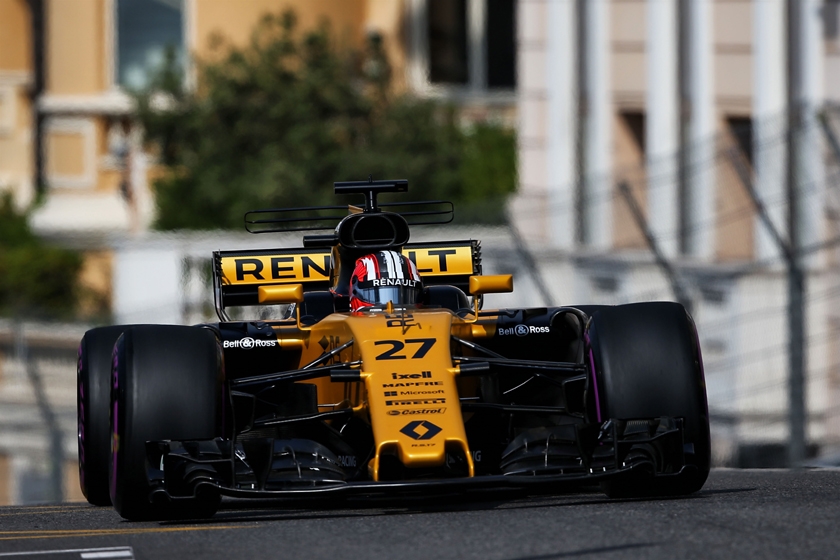 The Force was strong for Renault Sport Formula One Team’s Jolyon Palmer in today’s Grand Prix de Monaco with a season-best eleventh position the result after 78 laps around the most iconic circuit in the Formula 1 galaxy.

Jolyon started from P16 and drove a mature race to finish just 1.3 seconds away from the points. Nico Hülkenberg was curtailed in his quest to storm up the order due to a gearbox issue on lap 16. Nico had been running in the top ten prior to his retirement. After today’s race, Renault Sport Formula One Team retain seventh position in the Constructors’ Championship. Today also saw 40th anniversary celebrations in conjunction with Star Wars, with special guests and branding to celebrate the release of Star Wars: A New Hope and Renault’s Formula 1 debut with the RS01 in 1977.

“I think a few points were possible today. We were comfortable in P10 and there was definitely potential to make some places. The thing about Monaco is you have to stay in the game and I think ninth or even eighth was possible had we been able to do that. It was pretty sudden. I saw smoke coming out from the back of the car and the team told me to stop the car; diagnosis, gearbox failure. As a driver it’s disappointing but it certainly doesn’t detract from our potential. We’ll bounce back in Montréal.”

“I’m happy with the race, the pace was pretty good and there were no mistakes. I enjoyed it; to hustle the car around Monaco for 78 laps was great and the tyres were hanging on, so you could really push the whole way through, which was stellar. It’s pretty hard to overtake here, so eleventh from P16 was it, and just one second away from getting the first point of the year! It felt much better than P11 and we can take this momentum to Canada.”

“Generally speaking it was a disappointing weekend at the end of this Monaco Grand Prix where we really wanted to continue our strong run of progression in the Championship. The team did a lot of work on Friday that allowed us to address a challenging situation after Thursday practice and to assure two respectable positons on the grid. Our analysis showed there was a risk with Nico’s gearbox, but we chose to keep it in the car to avoid a penalty if we made a change. To score points at our current level, you have to take risks. That is motor racing and today it didn’t pay off. It is frustrating because Nico had good pace. Joylon drove a good race and made no mistakes, which is good for his confidence. Now this confidence should see him qualify better in order to be in a position to score points on Sunday.”