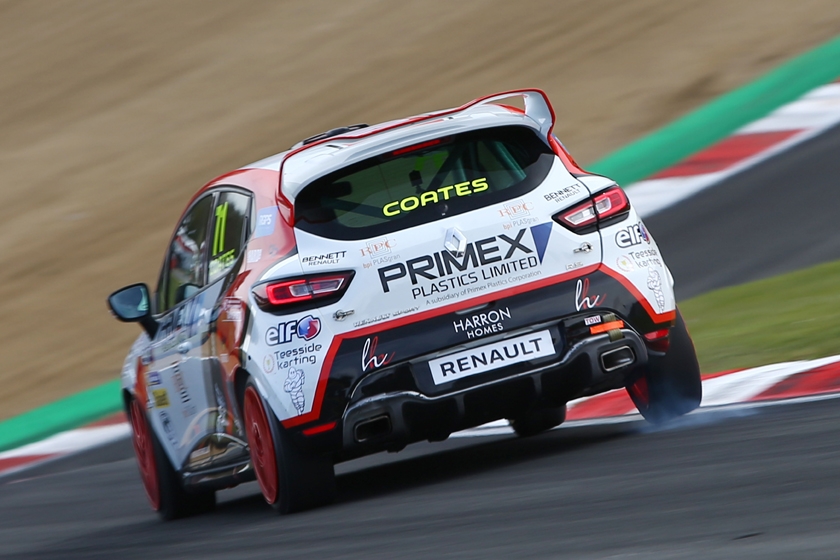 Max Coates topped official testing ahead of the 2019 Renault UK Clio Cup season’s opening rounds at Brands Hatch with a blistering lap time that put him over three tenths of a second clear of his nearest rivals.

MRM’s Jack Young, fastest in the morning opening practice session, was next up (52.028s) ahead of Coates’ team-mate Ethan Hammerton in third (52.337s).

Coates, one of this year’s title favourites, said: “We applied what we’d worked on during FP1 and I’m very proud of that lap. What’s even more encouraging is that we were able to set some other quick times which bodes well for both our qualifying and race pace tomorrow which is when it will matter. Meanwhile less than two tenths covered the next seven drivers down to tenth position…"

The Clio Cup drivers will next be on track for the championship’s first qualifying session of the year at 11:25-11:55 tomorrow. That will be followed by the opening round of the season – a 20 lap race at 16:25.

Round two takes place on Sunday at 13:20 and will be broadcast LIVE on free-to-air television channels ITV4 and ITV4 HD and also live-streamed to mobile devices by ITV.