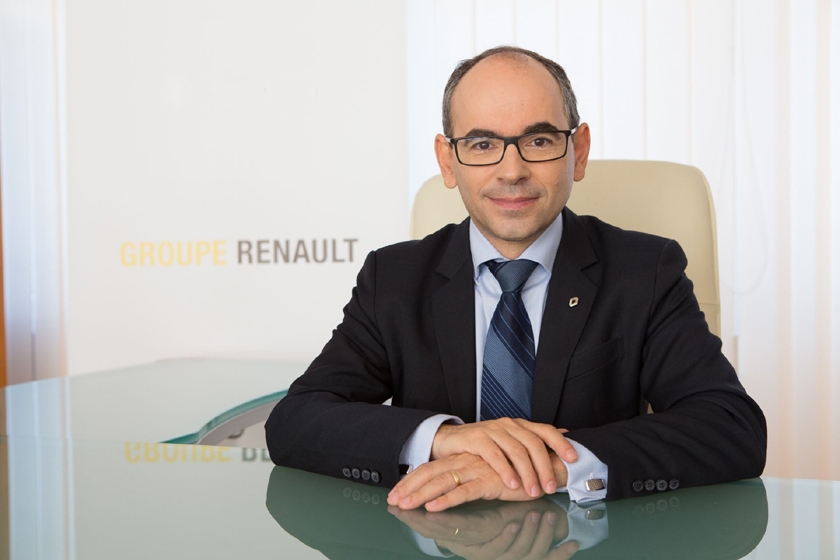 Nicolas Maure, will remain CEO of AVTOVAZ until May 31st 2018 and will continue to monitor the financial recovery and the mid-term plan development of the Company as Groupe Renault Senior Vice President, Chairman of the Eurasia Region, and as vice-chairman of AVTOVAZ’s Board of Director from April 2nd, 2018.

Yves Caracatzanis is currently Managing Director for Groupe Renault in Romania, where he is in charge of all commercial and industrial activities. He also serves as President and CEO of Automobile Dacia SA, one of the fastest growing car brands in Europe and the largest private company in Romania.

Before taking over operations in Romania, Yves Caracatzanis has held the positions of Industrial Vice President for Eurasia Region and VP Supply Chain Groupe Renault. He joined Renault in 1992.

“AVTOVAZ continues its recovery plan and has improved its sales and financial results significantly in 2017,” said Serguei Skvortsov, Chairman of AVTOVAZ’s Board of Director.
“I extend my sincere thanks to Nicolas Maure for his contribution to AVTOVAZ performance. Despite some ongoing risks, the Company is on track for financial recovery. With Yves Caracatzanis, we plan to continue the development of LADA sales in Russia and abroad, the optimization of costs internally and in cooperation with suppliers and the reviewal of the LADA vehicle line-up so as to implement the AVTOVAZ mid-term plan.”

“AVTOVAZ plays a strategical role in the Groupe Renault Drive the Future plan” said Nicolas Maure vice-chairman of AVTOVAZ’s Board of Director and also Chairman of Eurasia Region for Groupe Renault, which has a majority stake in Alliance Rostec Auto BV, the joint venture that controls AVTOVAZ. “With Yves Caracatzanis, we will continue along the agreed development strategy and succeed in the short-term challenges. We are optimistic about the long-term future of the Russian market and AVTOVAZ as the leading domestic automaker.”

Groupe Renault has been making cars since 1898. Today it is an international multi-brand group, selling close to 3.8 million vehicles in 134 countries in 2017, with 36 manufacturing sites, 13,000 points of sales and employing more than 180,000 people. To meet the major technological challenges of the future and continue its strategy of profitable growth, the Group is harnessing its international growth and the complementary fit of its five brands, Renault, Dacia and Renault Samsung Motors, Alpine and LADA, together with electric vehicles and the unique Alliance with Nissan and Mitsubishi. With a new team in Formula 1 and a strong commitment to Formula E, Renault sees motorsport as a vector of innovation and brand awareness.

Rostec State Corporation is a Russian corporation founded in 2007 for the purpose of promoting the development, production and export of hi-tech civilian and military industry products. It comprises 700 organizations, nine of which have now been formed as holding companies of the military-industrial complex, five of them are involved in civil industries and 22 are directly controlled. Rostec’s portfolio includes recognized brands such as Avtovaz, Kamaz, Russian Helicopters, and VSMPO-AVISMA. Rostec’s organizations are located in 60 constituent entities of the Russian Federation and supply their products to the markets of more than 70 countries. The revenue of Rostec in 2016 amounted to RUB 1.266 trillion.