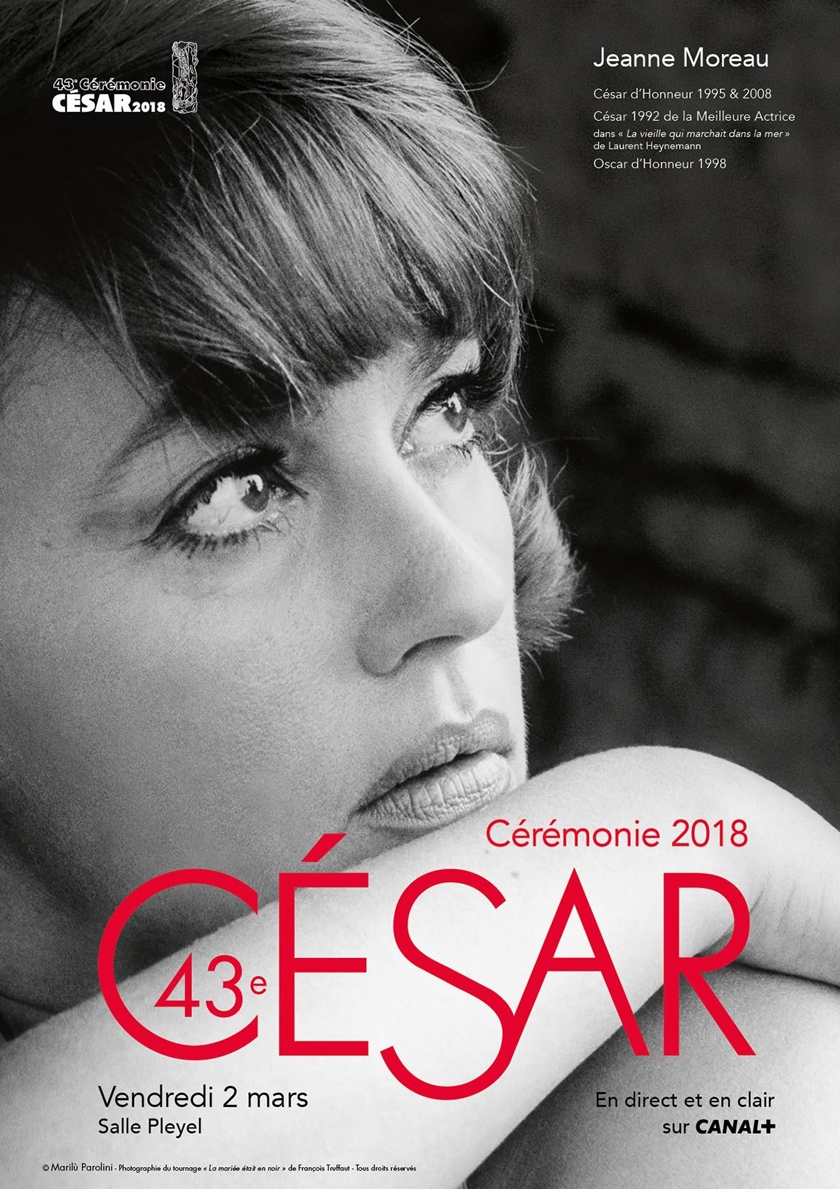 Boulogne-Billancourt, February 26, 2018 - On 2 March 2018, Renault will be teaming up with France’s most prestigious film festival for the 11th year running, providing a fleet of 40 Renault Espace vehicles to transport VIPs throughout the evening. Passengers will enjoy unrivalled comfort as they travel on board the elegant, futuristic-looking Renault Espace Initiale Paris model, complete with snug bucket-style seats, full-grain nappa leather, tinted windows and other touches of luxury.

And the nominees are... Hosted by comedian Manu Payet, the 2018 César Awards promises to be a laughter-filled evening. But there will also be a poignant tribute to departed actress Jeanne Moreau. Five films have received multiple nominations from the Académie des Arts et Techniques du Cinéma: BPM (Beats per Minute) (Robin Campillo), See You Up There (Albert Dupontel), C’est la vie! (Éric Toledano and Olivier Nakache), Barbara (Mathieu Amalric) and Bloody Milk (Hubert Charuel). A total of 22 awards will be given on the night, including Best Film, Best Actor and Most Promising Actress. Leading names like Juliette Binoche, Charlotte Gainsbourg, Karine Viard, Daniel Auteuil, Jean-Pierre Bacri, Louis Garrel and Laurent Laffite will be in attendance, and actress Penelope Cruz will receive the Honorary César lifetime achievement award.

Renault and cinema: a 120-year love affair! Renault’s association with the silver screen began in 1898, when the Lumière brothers opened one of their first film studios near the Renault factory on the Île Seguin in Boulogne-Billancourt. The strong ties between the two families would go on to make Renault the partner of choice for actors and film-makers alike. Since then, around 40 of the brand’s vehicles have appeared in more than 200 TV and film productions every year. Renault has also forged partnerships with UniFrance, the Golden Globes, Les Ateliers du Cinéma in Beaune, and the Cannes, Deauville, Lyon Lumière, L’Alpe d’Huez, Cabourg and Angoulême film festivals.

Groupe Renault has been making cars since 1898. Today it is an international multi-brand group, selling close to 3.2 million vehicles in 127 countries in 2016, with 36 manufacturing sites, 12,700 points of sales and employing more than 120,000 people. To meet the major technological challenges of the future and continue its strategy of profitable growth, the Group is harnessing its international growth and the complementary fit of its five brands, Renault, Dacia and Renault Samsung Motors, Alpine and LADA, together with electric vehicles and the unique Alliance with Nissan. With a new team in Formula 1 and a strong commitment to Formula E, Renault sees motorsport as a vector of innovation and brand awareness.