Signatech Alpine Matmut present in the face of adversity 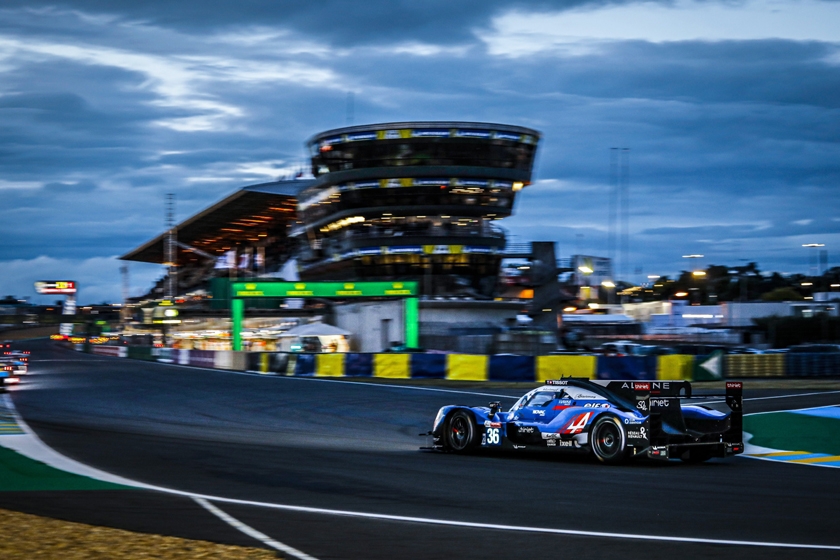 After the first qualifying session on Wednesday evening, the competitors had two more sessions to improve their respective times and set the grid of the 87th edition of the 24 Hours of Le Mans.

The action got underway at 19:00 in warmer conditions than the day before. André Negrão was first to go out to try to beat the time of 3:26.935s set in session one. The Brazilian’s attempt was disrupted by the red flag caused by a mechanical issue for an LMP1 car.

Following a short stint at the restart, André handed over to Nicolas Lapierre, but he soon returned to the pits due to the engine cutting out caused by an electrical problem. The n°36 Alpine A470 finished the session in its garage and dropped to third place in LMP2.

The work carried out by the mechanics and engineers allowed Nicolas Lapierre to solve the problem and return to the track only a few minutes after the start of the final qualifying session.

With the times coming down, the Frenchman was ahead of the provisional pole, but his lap was ruined by an incident of a GTE Pro entry, causing a full-course yellow. Nico was then relayed by Pierre Thiriet, whose run was interrupted by a red flag.

When the session resumed, André Negrão and Pierre Thiriet shared the work before Nicolas Lapierre set off in search of a quick time in the final half-hour. With 10 minutes remaining, the Frenchman got a nearly clear lap to set a time of 3:25.874s to move from eighth to fourth place in LMP2. Fastest in sectors one and two, he was then hampered several times by the traffic in the third one.

Friday morning, the race stewards disqualified the n° 39 Graff entry that had initially taken the pole position in the category as one of its drivers missed the mandatory stop at the weight scales and thus the Alpine A470 was promoted to the third position.

The team will now prepare for the Saturday morning warm-up ahead of the start of the 24 Hours of Le Mans at 15:00.

"Even if qualifying isn’t so important, it’s a game we can’t resist! Our programme was cut a little short due to a minor electrical alert, probably due to a wiring harness but we were able to gather a lot of information while marking our territory. This result lets the competition know that we are well and truly ready.We were a bit unlucky, but it is part of the difficulties that can be encountered in the 24 Hours of Le Mans with 62 cars over 13 kilometres. Nicolas did an excellent job in posting the best time in sectors one and two as well as a very good time in sector three. We also have the satisfaction of having a fast car in which all the drivers are comfortable. We are now ready to fight!"

"It was a rock and roll day! The small, not related to the team, electrical problem cost us time and prevented us from being on the track at the right moment, that is to say at the beginning of the third qualifying session. We missed this opportunity, but we tried to go for a time in the final minutes although it is always difficult with the traffic. We still managed to qualify third. We were also able to see how the tyres behave on the long runs and what is most important is knowing the potential is there for this obviously very long race."