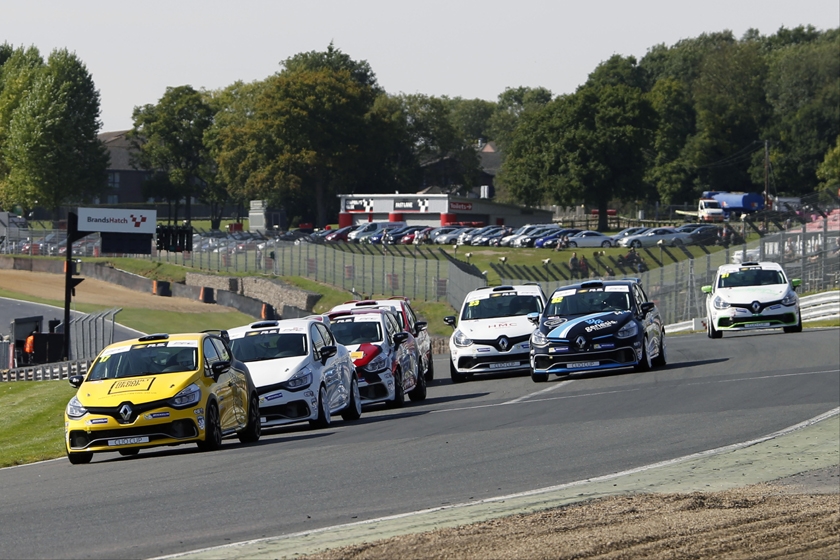 Just-crowned Junior Saloon Car Champion Will Dyrdal (York) is the latest rising star to confirm a move up on to the Renault UK Clio Cup Junior grid.

Will will make his debut in the new UK Clio Cup Junior category’s final rounds of 2017 at Brands Hatch in Kent in four weeks (Sat 18/Sun 19 November) with the Westbourne Motorsport team.

It will mean a renewal of his rivalry with Ethan Hammerton (Northallerton) who Will beat at Brands Hatch last month to clinch the JSCC crown.

Will, aged 17, commented: “It’s been a very successful year for me but Clio Cup Junior marks the next step up – the cars are purpose built for racing and are full of latest motor sport technology. I'll need some time to adapt but I'm really looking forward to seeing how these cars perform after everything I have heard about them.

“I’m very grateful to Westbourne for giving me this opportunity. Brands Hatch is the title decider and although I’ve got nothing to lose and want to make the right impression I’m not going to spoil it for the drivers who are going for the championship. Clio Cup racing is very much on my radar for 2018…”

Team Principal Richard Colburn said: “Will has clearly got a lot of potential as his JSCC title proves. He’s also got a very wise head on his young shoulders which is always a good sign and I believe he will be able to give a positive account of himself on his debut.”

Renault Sport’s UK Motorsport Championship Manager Will Fewkes added: “We very much welcome Will to Clio Cup Junior which has attracted some really great young talents in its first season. Similarly it is great to see Westbourne join the category and make it five different teams on the grid.”