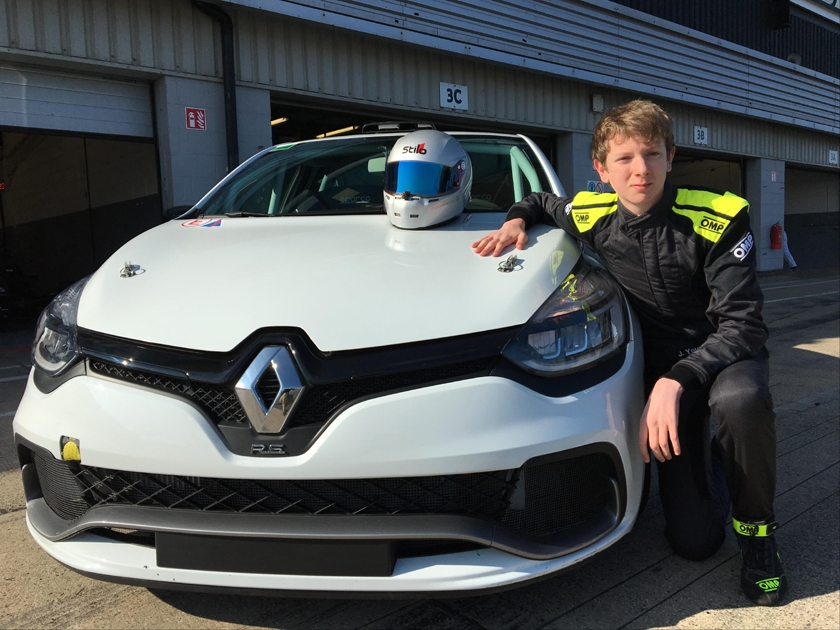 He commented: “I’ve tested the Clio Cup Junior and really like the speed of the car. It is a very different sensation to karting but I got on with it very quickly and have a few more tests to gel with it even more. I’m looking to do this as a warm-up ahead of 2018 and believe it will be very competitive racing. MRM are also a really professional and friendly team.”

MRM Team Principal Mike Ritchie said: “We’ve been impressed with what we’ve seen of Jack so far and believe he has real potential. This also enables MRM to double its presence on Renault Sport’s two Clio Cup grids as we are already contesting selected rounds of the senior UK Clio Cup in 2017.”

The inaugural Renault UK Clio Cup Junior championship gets under way with its opening two rounds at Snetterton on Sat 9/Sun 10 September. Six more rounds – two each at Brands Hatch in Kent, Pembrey in Carmarthenshire and Brands Hatch again – will follow.

The championship is for cars near identical to those used in the senior UK Clio Cup which competes at the British Touring Car Championship’s high-profile events. The only changes are they are limited to five gears and a top speed of 100mph and will race on road tyres – Michelin’s high performance Pilot Sport 3 – instead of racing ‘slicks’.

He said: “We’re delighted to announce that Jack is joining our new Clio Cup Junior championship as the countdown to the inaugural season continues. Likewise MRM – it’s great to see another very accomplished team adding to the line-up.”