An iconic circuit for the 2017 Formula Renault Eurocup debut 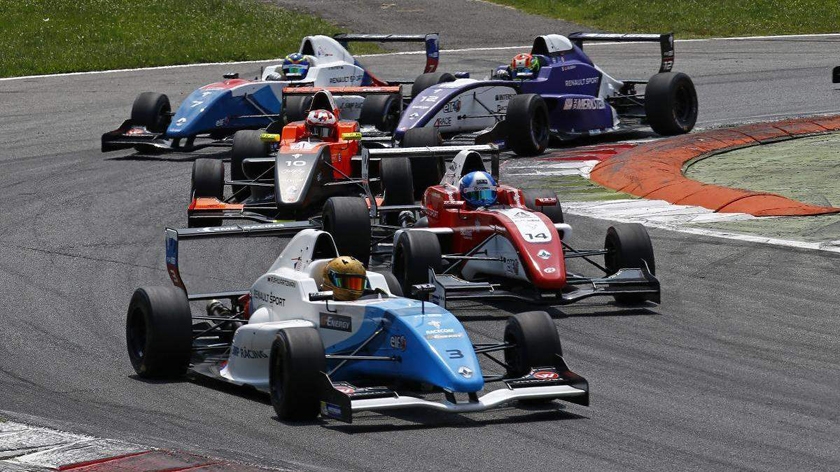 Introduced in 1971, Formula Renault soon joined the ranks of the best motor racing schools of champions.

In 2017 a promising field of the best young hopefuls and European teams head to the Autodromo di Monza for the season opener. “The Temple of Speed” will allow for judging the contenders, who share one goal: win the first race of the season.

Enticed by an exceptional calendar, technical stability and reaffirmed action, the grid suggests a very high level of competitiveness in 2017. At the end of the campaign, two drivers – including the future champion – will join the Renault Sport Academy and enjoy support from the structure as they pursue their career.

The action gets underway at the famous Monza circuit where many talented drivers won in the Formula Renault Eurocup before eventually competing at the highest level of the sport. Who will replicate the exploits of Kamui Kobayashi, Pastor Maldonado, Felipe Massa, Alain Prost, Didier Pironi and Patrick Tambay?

With eight leaders and five different teams swapping the top spot on the time sheet in winter testing, it is hard to discern a favourite! Among the possible protagonists, Sacha Fenestraz (Josef Kaufmann Racing) made a strong impression. Winner of two races last year, the French driver joined the 2016 championship winning outfit to better his chances of following in the tyre tracks of Lando Norris.

Other sophomores have chosen stability to increase their chances. Max Defourny (R-ace GP) finished third in 2016 and will be a threat at a track he knows very well after his win in the Formula Renault 2.0 NEC last year. He will have to keep an eye on team mate Will Palmer (R-ace GP), who had a podium result at Monza a year ago, as well as Gabriel Aubry (Tech 1 Racing) and Henrique Chaves (AVF by Adrián Vallés), who now have more experience.

Supported by SMP Racing, Robert Shwartzman (R-ace GP) and Alexey Korneev (Fortec Motorsports) have switched teams to take their racing to the next level. Both Russians scored points last year in Italy and now have their sights aimed much higher.

There are several drivers looking to take the battle to these formidable contenders. Yifei Ye (Josef Kaufmann Racing) will too be able to rely on experience with the Monza layout. The France F4 champion shares this advantage with the Escudería Telmex protégé and third in the 2016 F4 Italia championship, Raúl Guzmán (R-ace GP) as does winner of the V de V “Challenge Monoplace”, Alex Peroni (Fortec Motorsport).

Others can count on their familiarity with the Formula Renault 2.0 to accelerate their learning of the circuit as is the case with Alexander Vartanyan (JD Motorsport), who has the backing of SMP Racing in his first full-season. Third in the SMP F4 NEZ and second in F4 Spain, the Russian is in the same situation as Rodrigo Pflucker (AVF by Adrián Vallés), Grégoire Saucy (AVF by Adrián Vallés), Frank Bird (Fortec Motorsports), Najiy Abdul Razak (Fortec Motorsports) and Thomas Neubauer (Tech 1 Racing).

Everything is to be learned for Renault Sport Academy members, Max Fewtrell (Tech 1 Racing) and Sun Yue Yang (JD Motorsport). The Briton is the defending British F4 champion, while the Chinese driver will dive straight into the deep in, along with Thomas Maxwell (Tech 1 Racing), Jean-Baptiste Simmenauer (JD Motorsport), Luis Leeds (Josef Kaufmann Racing) and Axel Matus (AVF by Adrián Vallés), winner of both NACAM F4 and Formula Panam last year.

Three teams are making their debut or returning to the Formula Renault Eurocup at Monza: Arden Motorsport, MP Motorsport and Mark Burdett Motorsport.

The English driver will have to follow closely the performances of his Red Bull Junior Team comrades: SMP F4 NEZ and F4 Spain champion Richard Verschoor (MP Motorsport) and the title winner in F1600 Formula F, Neil Verhagen (MP Motorsport) They will be joined by Renault Sport Academy member and SMP F4 NEZ runner-up, Jarno Opmeer (MP Motorsport), making it a trio of 100% F1 Juniors in the Dutch team returning to the Eurocup.

In parallel, Mark Burdett Motorsport will set off on its first full Eurocup season with Julia Pankiewicz and Presley Martono. While the Pole, who won the 2015 Women Trophy in F4 Italia, knows Monza and the Formula Renault 2.0; his team mate will face a steep learning curve after becoming the first F4 South East Asia champion in January.