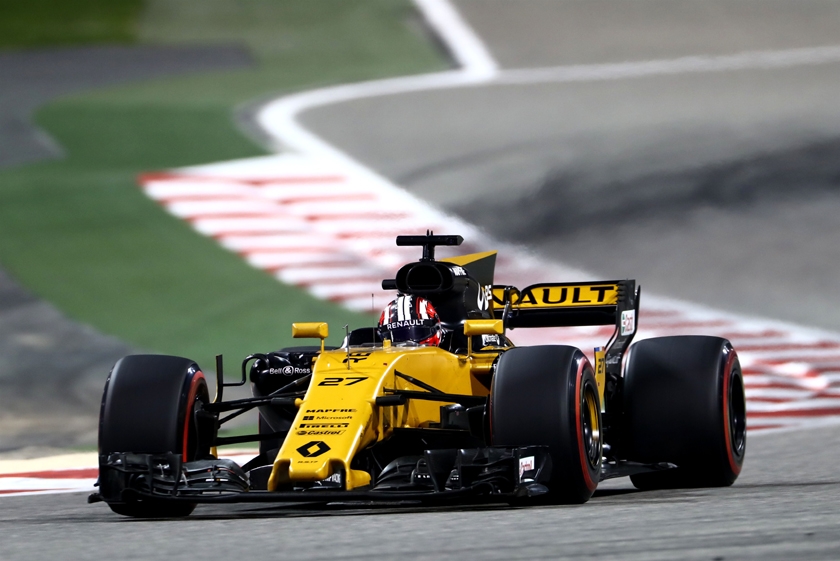 Renault Sport Formula One Team scored its first points of 2017 after a hard-fought Gulf Air Bahrain Grand Prix at the Bahrain International Circuit.

Despite continued positive progress with top ten qualifying performances from Nico Hülkenberg and Jolyon Palmer on Saturday, both drivers finished lower than they started in the 57-lap race as they struggled with race pace. Nico crossed the finish line in ninth position and Jolyon finished thirteenth, both using two-stop strategies.

Nico Hülkenberg, #27, R.S.17-02: Started P7, finished P9
“It’s good to have the first points of the season on the board and I think I had a good race given the pace of the car; I really wrestled with it a lot and two points were the best we could do on the strategy we ran. We are a lot better in qualifying, but over the 57 laps of the race we exposed some of the areas where we need to improve. Fortunately, I am testing here on Tuesday, so we have a great opportunity to make progress. We have some updates for evaluation when I’m in the car, which will hopefully improve our race pace by a big chunk for Sochi.”

Jolyon Palmer, #30, R.S.17-01: Started P10, finished P13
“It was a tough race; I had a good fight with Alonso and Kvyat after the safety car bunched everyone up, but the couple of touches with Kvyat didn’t help things. I didn’t really have the pace to get further after that and the degradation seemed to be more for us than the cars around. It made for a difficult evening, unfortunately, where we struggled with a lack of pace.”

Cyril Abiteboul, Managing Director
“Today we scored our first points with another strong race from Nico. We may have lost one position relative to the optimum strategy, but the most important aspect for us is to understand why there is such a difference between our Saturday qualifying performance and our Sunday race pace. Jo had a more difficult Grand Prix, so we also need to understand in detail why he struggled especially after qualifying in the top ten for the first time yesterday. Fortunately, this week’s test comes at a perfect time to further our understanding on the issues that are now well identified, as well as to test first major upgrades of a season that will see a lot of progress and improvement.”