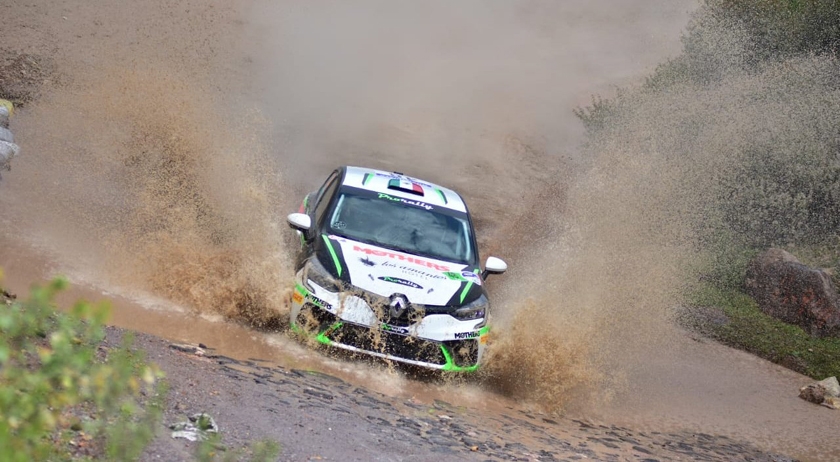 After nine months of development and more than 10,000 kilometres of testing, New Clio Rally made its competitive debut with five cars in action at Rally Guanajuato Mexico.

The latest addition to the Renault Sport Racing line-up of customer racing cars, New Clio Rally was unquestionably one of the major attractions of Rally Guanajuato Mexico.

Eagerly awaited since its reveal, then its first static and dynamic appearances, the model built at the Dieppe workshops made its competitive deut only eleven days after its Rally5 homologation by the FIA.

Right from the start, New Clio Rally demonstrated its impressive potential with Martin Suriani, Francisco Name and Gustavo Uriostegui ahead of several R2 competitors in the old Guanajuato mining tunnels.

This form continued when the action headed onto the mountain gravel stages. Despite the blistering heat and the extremely rough roads heading to an altitude of 2,800 metres above sea level, New Clio Rally’s 16-valve 1330cc TCe 4-cylinder engine powered on to dominate the two-wheel-drive category.

Meanwhile, Martin Suriani took command of the Copa Clio on the famous El Chocolate stage. While the Argentinean driver gradually extended his lead to 1:39.5s, an accident on the liaison section following Saturday’s opening stage brought an end to his rally.

Gerardo Rejón made the most of an incident from Diego Candano and a costly blunder from Francisco Name and Armando Zapata to inherit the lead before going on for the win when the rally ended prematurely due to travel restrictions imposed in Europe.

On the back of this successful debut in every single area, New Clio Rally is now getting ready for its European debut in its dedicated trophies, like the Clio Trophy France expected to start on the Rallye Antibes Côte d’Azur (15-17 May)*.

Benoît Nogier, Renault Sport Racing Commercial Racing Director: "New Clio Rally made an extremely positive competitive debut on one of the most demanding events in the world. Rally Mexico provides a proper test for the cars with rough gravel roads, high altitude and extremely high temperatures. This edition was no exception. All the cars suffered greatly, but the reliability of New Clio Rally proved to be excellent as we only identified one minor electrical problem on one car. The performance was also there, the five crews being consistently ahead of the R2s and mixing it up with the best R5s on the short urban super-specials. This rally was ideal for targeting where improvements can be made, but we are now extremely confident about the quality, relevance and potential of our car. Having five cars in Mexico also highlights the commercial success and international interest generated by New Clio Rally and we would like to include our official distributor in Mexico, RallyMex, in this successful debut."

* subject to the evolution of the Covid-19 pandemic.