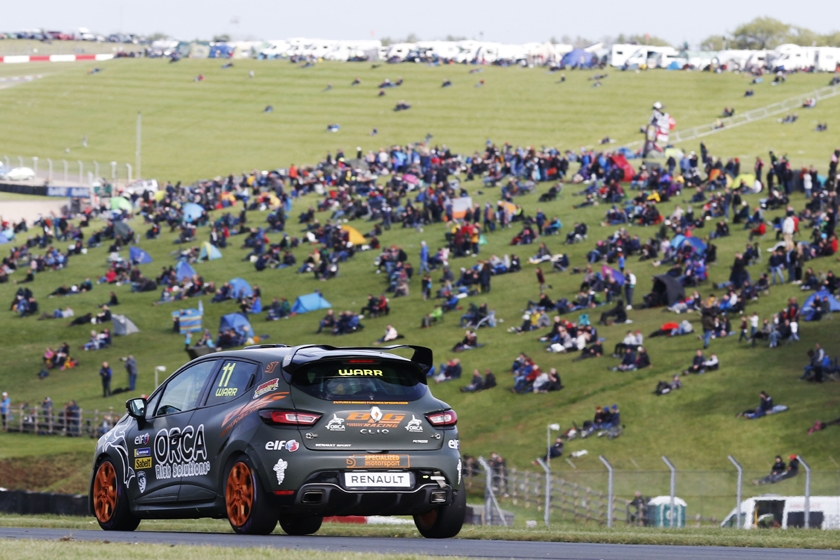 All six drivers and their cars will head to the Paul Ricard circuit near Marseille for the ‘blue riband’ Open (two 25-minute +1 lap races) straight after this coming weekend’s latest UK Clio Cup rounds at Croft in North Yorkshire.

And the road trip does not stop there: once the two Open races in front of the French GP’s crowds are done, they will need to swiftly return to Britain in time for more UK action – the very next weekend (29-30 June) at Oulton Park in Cheshire.

In total, their round trip (in essence Darlington to Marseille to Chester) will equate to around 2000 miles!

MRM’s Young (Belfast) and Lidsey (Northfleet) currently lie first and second in the UK Clio Cup standings and have experience of racing their cars around the 3.6-mile Paul Ricard circuit lay-out. Both contested last November’s Clio Cup ‘world final’ there in which 17-year-old sensation Young famously emerged the outright winner against 90 drivers from Clio Cup championships in six other countries.

However it will be a new experience for Westbourne trio Thompson (Lutterworth) and Colburn brothers Ben and James (Worthing) as well as Specialized Motorsport’s Warr (Sudbury).

All six drivers will first take to the Ricard circuit late on the Friday (21 June) for free practice. Qualifying to determine their positions on the capacity 50-car grid will be on Saturday morning followed by race one which follows later that day – straight after F1’s final third free practice session. Race two will take place on Sunday morning as part of the warm-up act to the F1 GP.

Renault will be a major partner of this year’s French F1 GP. The event will effectively mark the 40th anniversary of the company’s first race victory in F1 (Dijon, 1 July 1979) when Jean-Pierre Jabouille crossed the line first in the team’s RS10 model. The result also marked the first victory in F1 for a car using a turbocharged engine – technology that Renault had courageously pioneered in 1977.

Significantly, the Renault F1 Team will go into its home Grand Prix off the back of its most competitive showing so far in 2019 after drivers Daniel Ricciardo and Nico Hülkenberg finished in sixth and seventh positions in last weekend’s Canadian GP.