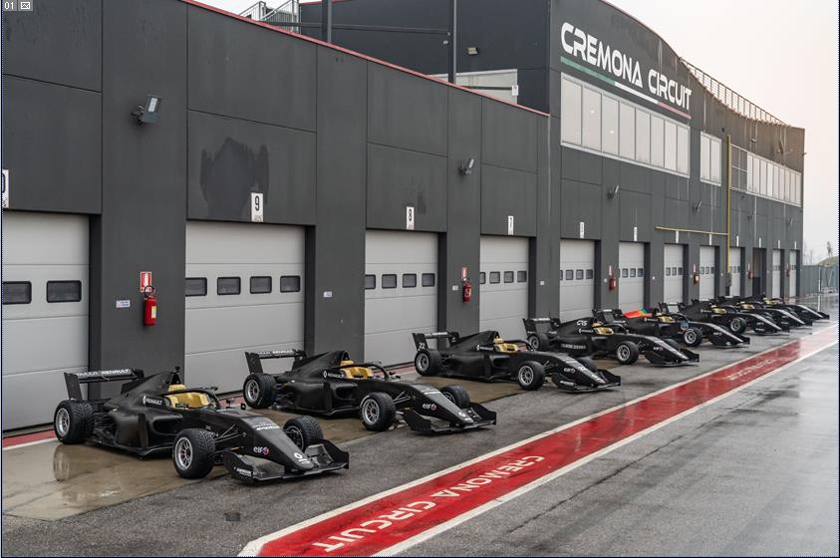 January 30th marked the start of the 2019 Formula Renault Eurocup season when teams took possession of their first new-generation Formula Renault. A maiden shakedown followed before the delivery of the second and third cars by the end of the month.

More modern, more powerful and even more integrated in the pyramid of success to the elite, the latest iteration of the Formula Renault is preparing to make its competition debut in ten weeks.

Developed by Renault Sport Racing and its technical partners, the New Formula Renault remains true to the philosophy that has been the success of the category for nearly half a century, while receiving all the latest safety elements, including the halo and lateral anti-intrusion panels.

On Wednesday defending champions R-ace GP and rivals MP Motorsport, Arden Motorsport and Tech 1 Racing among others took possession of their first Formula Renault FR-19, which is a combination of a Tatuus chassis, an Oreca-prepared 270 horsepower 1.8l turbo Renault engine and a set of Hankook tyres.

There was a back-to-school feel on Friday for everyone in the paddock at the Cremona Circuit, where Renault Sport Racing held a general shakedown. Each team was able to get a look at their new car or new environment, which was the case for new teams BhaiTech Racing, FA Racing by Drivex, Global Racing Service and M2 Competition.

In rather challenging conditions with a mix of rain and very low temperatures, Lorenzo Colombo and MP Motorsport got a productive day and the 2019 season underway in heading out first onto the track with the New Formula Renault.

In the next few weeks, the teams entered in the Formula Renault Eurocup will receive their second, then third car before seven days of collective tests at Magny-Cours, Castellet and Monza. The “Temple of Speed” will then host the first round of the calendar on April 12-14.

¹ AVF by Adrián Vallés and JD Motorsport could not attend the shakedown. In bold, drivers confirmed for the 2019 season.

Mehr in dieser Kategorie: « The Renault EZ-GO, EZ-PRO and EZ-ULTIMO trio of concept cars are awarded at the Festival Automobile International 2019 Retromobile 2019: Auction sale of the Renault F1 R.S.17 all in LEGO® and the Renault e.dams Z.E.17 for the benefit of UNICEF France »
Nach oben