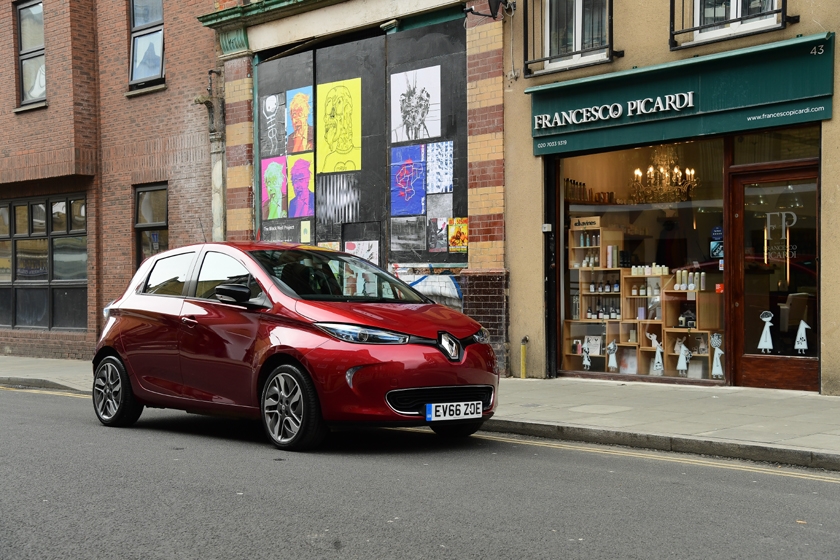 The 100 per cent electric Renault ZOE has successfully defended its title of ‘Best Used Electric Car’ in DieselCar and EcoCar’s Used Car Top 50 2019.

The ZOE clinched the title for the second consecutive year after impressing the magazine’s judging panel of second-hand car experts with its ease-of-ownership, clean looks and nippy yet relaxed driving experience. The award joins an ever-growing list of industry accolades bestowed on the stylish supermini. Additionally, the magazine placed the ZOE 21st overall out of over 750 cars evaluated.

Diesel Car and Eco Car reached its decision after assessing the Renault ZOE on a multitude of factors, including purchase price, residual value, general competency and fitness for purpose. Every car evaluated was given a score out of 10 that determined its final placing.

On awarding the Renault ZOE for the second year running, Ian Robertson, Editor and Publisher, DieselCar and EcoCar, said “A supermini rather than a family car, the attractive ZOE is a stylish all-electric model that makes adopting electric motoring remarkably easy. Drive one around town in near-silence with zippy acceleration and zero tailpipe emissions and you’ll be convinced electric power is the future. That’s especially the case in cities like London, where it’s Congestion Charge exempt, saving owners a fortune. Be sure to check if the battery pack is included, as customers were given the choice of buying it outright or leasing the batteries separately.”

Vincent Tourette, Managing Director of Renault UK, said: “A rapidly growing number of drivers are considering an electric vehicle for their next car and with this award we are delighted that the Renault ZOE is not only an excellent new car, but has also once again been recognised as an outstanding used buy. A pre-owned example represents a very affordable entry into 100 per cent electric motoring, while also being incredibly usable with a real-world range of up to 186 miles and the practicality and features of a well-equipped five-door supermini.”

Renault’s ZOE is available to purchase in two ways. First, under a battery hire scheme, where ZOE pricing starts at £18,420 (on the road) after the Government Plug-in Car Grant, with battery leasing from £59 per month. And second, under the ‘full purchase’ option, which allows the customer to buy the car and the battery from £25,020 (OTR). Whichever purchase option is chosen, the Renault ZOE is one of the most affordable electric cars on sale following Renault’s mantra of providing sustainable mobility for all.

Two versions of the ZOE supermini are available and both have a real-world range of 186 miles (WLTP¹). With the R110 motor the ZOE has faster mid-range acceleration and 16hp more power than the R90 version it replaced. The second option is the Q90 motor, which allows faster charging. The ZOE Q90 Quick Charge can be charged from zero to 80 per cent in 65 minutes with a 43kW charger that can typically be found at most motorway service stations.

Renault has a strong line-up of 100 per cent electric vehicles that are in Renault dealerships nationwide. The ZOE is Renault’s popular electric supermini and is joined by the Twizy quadricycle, the Kangoo Z.E. 33 Van and the New Master Z.E. Van.

¹ Homologated range according to WLTP test cycle, for comparison purposes, and may not reflect real life driving results.