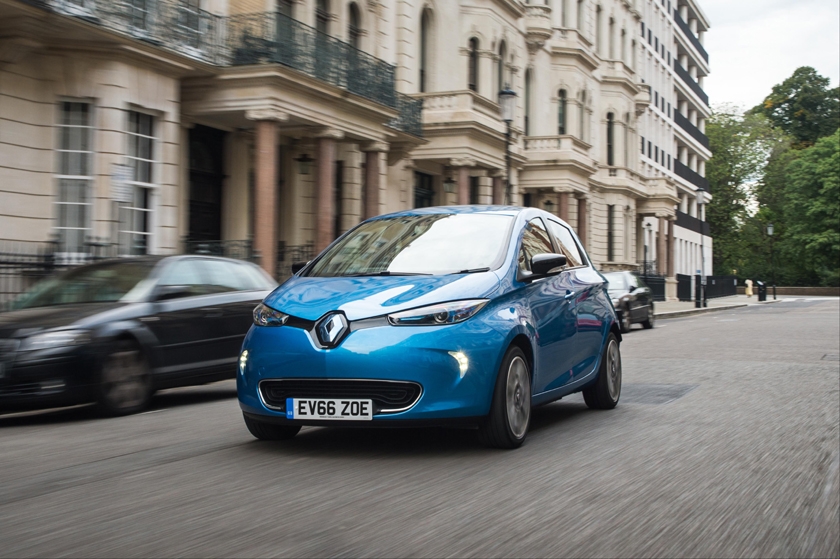 The Renault ZOE has reaffirmed its ever-increasing popularity with business users after being named the ‘Best Ultra-Low Emission Car’ for the second consecutive year at the Fleet World Honours 2018.

Hosted by Fleet World magazine, the annual awards, held today at the Royal Automobile Club in London, recognise vehicles, individuals and service providers that demonstrate excellence in the fleet sector in terms of innovation, quality and sustainability.

The all-electric Renault ZOE took home the highly-coveted award after impressing Fleet World magazine’s industry experts with its ‘real world’ range, style and competitive pricing. The win underlines its status as an unrivalled choice for business users who require an exceptionally efficient compact vehicle that is incredibly easy to live with.

On the judges’ decision, Alex Grant, Editor, Fleet World, said: “ULEVs have come a long way since the ZOE launched in 2013, but so has Renault’s chic electric supermini. The larger-capacity battery only widens its appeal, offering a real-world range of almost 200 miles in a segment that’s perfectly suited to electrification, with quick charging for longer trips. It’s a well-rounded, good-value reason to make the switch to electric power.”

Vincent Tourette, Managing Director, Groupe Renault UK, said: “This award once again illustrates how the game-changing technology and 250-mile (NEDC) range of the Renault ZOE is playing a major role in helping more and more companies to electrify their fleets and enjoy significant financial and environmental benefits. With the ULEV sector becoming increasingly competitive, we are especially delighted to see the ZOE retain its title and the win is testament to how it offers business users, and indeed retail customers, a highly appealing alternative to an internal combustion engine and offer a very easy ownership experience.”

The Renault ZOE is available in a choice of three trim levels and with two battery options. Despite its affordability, the entry level Expression Nav comes with a high level of standard specification, including items such as climate control and the 7-inch touch screen R-Link 2 infotainment system with sat nav. In Dynamique Nav, features include hands-free keycard, automatic lights and wipers and rear parking sensors. The new top-of-the-range Signature Nav trim provides buyers with features including supple leather upholstery, a seven-speaker BOSE® audio system, heated front seats and a rear-parking camera.

Since launch in the UK in 2013, Renault has almost doubled the ZOE’s range from 130 miles (NEDC) to 250 miles (NEDC) thanks to technological advancements such as an increased battery capacity and more efficient motor. With the Z.E.40 battery, Renault estimates that in real-world driving conditions that this equates to around 186 miles in summer and 124 miles in cold winter conditions. ZOE can charge from zero to 80 per cent full in as little as 60 minutes thanks to its patented Chameleon Charger™ that allows it to make the most of the widest range of power supplies and also keep charging times to a minimum. Renault’s Range OptimiZer technology ensures ZOE is highly efficient with its heat pump, a bi-modal braking system and Michelin ENERGY E-V tyres.

ZOE is available to purchase in two ways. Firstly, under a battery hire scheme, where ZOE pricing starts at £14,245 (OTR) after the Government Plug-in Car Grant with battery leasing from £49 per month. Introduced in 2017 was the ‘Unlimited’ option with no mileage cap, priced at £110 per month. It is easy to purchase a used ZOE with a battery lease – the new owner simply chooses which leasing option suits their needs the best and starts monthly payments based on their lease plan. You can also buy the ZOE outright. ZOE i ‘full purchase’ models start from £19,845 (OTR) after the Government Plug-in Car Grant, giving the buyer full ownership of the car and battery and no monthly battery lease payment.

ZOE is the best-selling electric car in Europe and more than 6,000 ZOE have been sold since launching in the UK in 2013. ZOE is one of three models in Renault’s diverse electric vehicle range which also includes the Twizy quadricycle, the Kangoo Van Z.E., Europe’s best selling electric van, and the forthcoming Master Z.E. large panel van.

For information on the Renault range, visit www.renault.co.uk