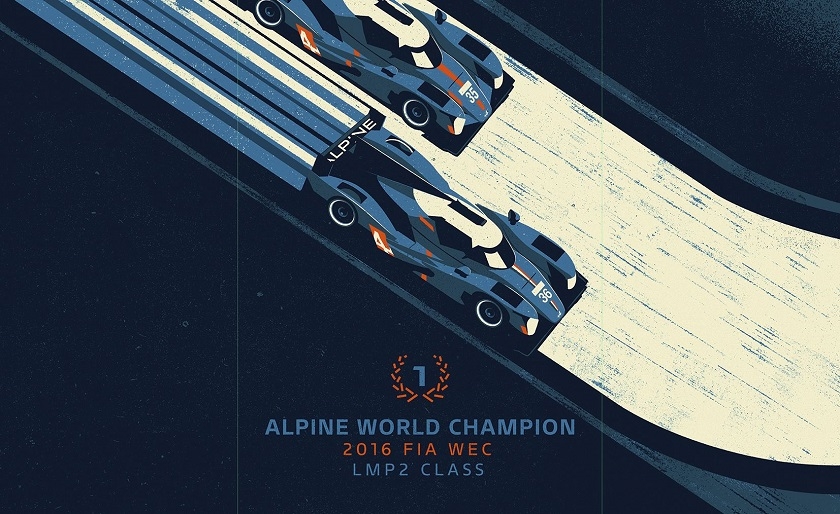 In the words of Pierre de Coubertin – father of the modern Olympic Games – it’s the taking part that counts. Except Alpine doesn’t see things this way! Signatech-Alpine Team Principal Philippe Sinault, the man who steered the brand’s return to motorsport in 2013, explains how the winning instinct is embedded into Alpine’s DNA.

For some, the earliest memories of Alpine are of A110s snaking along snowy Monte Carlo stages high in the Alps, the mountains that inspired the brand’s name, or taking on the rocky trails of rallies like the Acropolis. Others automatically think of Alpine’s single-seater racing days, or Le Mans, of course, or even its rallycross programme.

The Tricolore on top!

In every case, however, the brand founded in 1955 by Jean Rédélé is inextricably associated with success. A simple glance at its record reveals how winning has always been the goal. Alpine cars have long taken advantage of their celebrated agility and light weight to put French engineering on top, with highlights ranging from the inaugural World Rally crown in 1973 to victory in the Le Mans 24 Hours five years later.

After a long spell away from motorsport, there was an understandable desire to rekindle the flame and savour the inimitable taste of victory once more. In 2013, Signatech-Alpine was tasked with steering the make’s return to the race track.

"Our adventure with Alpine dates back to late-2012. Groupe Renault approached us to explore ways of bringing the brand back into motorsport as part of its bid to relaunch the Alpine name. It didn’t take long for endurance racing to emerge as the perfect arena." Philippe Sinault, Signatech-Alpine Team Principal

Thirty-five years after its resounding triumph at Le Mans, Alpine made its circuit racing comeback in 2013, with an LMP2 prototype.

"The commando-like mindset we have today is the same as that which helped Alpine to forge its rich heritage in motorsport, frequently running with fewer resources than its rivals but driven by creative thinking and gritty determination" notes Philippe Sinault.

Back on the victory trail

Alpine lost no time recovering its place at the top of the rostrum! After securing back-to-back European Le Mans Series crowns in 2013 and 2014, Signatech-Alpine stepped up to the World Endurance Championship in 2015, claiming the LMP2 crown in 2016 and 2019, and earning class wins at Le Mans in 2016, 2018 and 2019. This season, it has raised the bar further.

"After eight years of success in LMP2, we have set ourselves another challenge for 2021", continues Philippe Sinault. "It’s the beginning of a new chapter for us because we’re going for endurance racing’s Grail: overall victory!"

Beyond Alpine’s switch to the World Endurance Championship’s Hypercar class and its assault on Le Mans in August, Alpine faces numerous other challenges this season. It will participate for the first time in Formula 1, for example, as well as in rallying, in which it reaped its first success of the 2021 campaign… Half-a-century after the brand notched up its first Monte Carlo Rally victory, a privately-entered Alpine A110 Rally topped the R-GT order on this year’s winter classic to provide further evidence that the brand has lost nothing of its winning DNA!

Of the many hundreds of wins Alpine has notched up, its most memorable international successes are: